So how did that darcs hacking sprint go? Well, we had a lot of fun and we got a lot of work done, so I think we can safely say that it was a great success!

What next? The sprint participants found themselves with a lot of good work started that we simply couldn't put down, so we have continued hacking into the week, turning many of our good starts into more concrete progress. There is still a lot of work to do so we want to make sure we keep that momentum going! The big challenge right now is to get all of the patches reviewed and merged back into darcs.net. Unfortunately, this is creating a delay in the usual patch review process as we clear our backlog. In the meantime, please continue sending your patches!

Thanks very much to David Roundy for his advice before the sprint and cheerful handling of this patch influx; Galois, the University of Brighton and Université de Paris 7 for graciously hosting our three venues; and especially to everybody who participated or joined #darcs to cheer us on :-)

The next sprint will be held in conjunction with the Haskell Hackathon, March 2009 in Utrecht, Netherlands. So see you in six months!

What we worked on 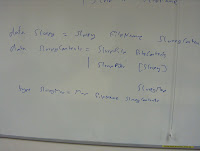 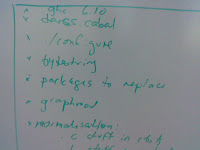 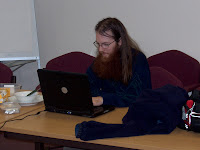